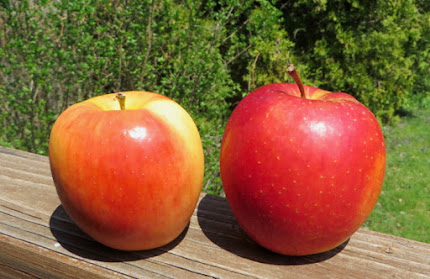 There's really no rationale for comparing these two sturdy varieties except that I am apt to turn to them to brighten up the apple-bleak springtime.

Though the two apples were developed in New Zealand, today's samples grew in the U.S., almost certainly in Washington state.

In better times fresh versions of these apples harvested in the southern hemisphere in March or April would be entering American supermarkets.

These have been off the tree for more than half a year, so today's tasting is also a kind of stress test. How do these guys fare in the triathlon of mass-market storage, transportation, and handling?

Don't worry, they have been bred for this. 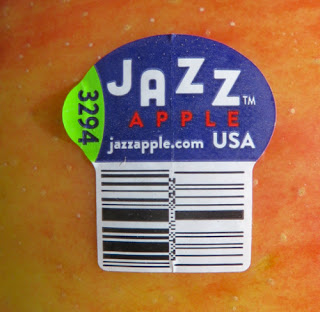 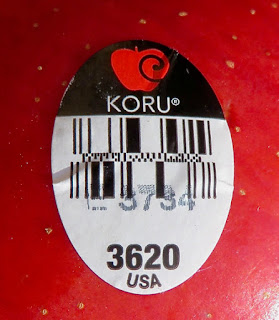 Jazz, on the left at the top of the page, is tall and a bit cylindrical, slightly tapered, and only moderately ribbed.

Its red blush is sparser than Koru's, and (on this sample) is thin, so that the underlying yellow mixes to make orange.

This apple is often better colored, however.


Koru is broader in the beam, larger, more tapered, and less ribbed.

Its blush is more saturated, and covers more, but the underlying yellow is similar to Jazz's base color.

Koru has prominent tan lenticel dots. You have to hunt to see the lenticels in the Jazz.

Both apples have a sweet, floral aroma, but Jazz is more fragrant by a good deal.

Jazz is satisfyingly crisp and hard, with a lot of juice. I've had Jazz apples with different flavors—they can be quite sharp—and this one is mostly floral, echoing its aroma. There is not much in the way of a kick to it.

Koru is not quite as crisp or hard as Jazz, but nearly is. Its floral flavors are a bit more saturated and there is also some generic spiciness in the mix, with perhaps a hint of orange.

Koru is a little sweeter, too.

Switching back and forth is interesting.

After Koru, a mouthful of Jazz tastes thin, but there is also something like sweet grapefruit in with the floral flavor, and perhaps a hint of table grapes. A second go-round suggest cherry.

The two make an amiable pair and are interesting to eat together. Storage has weakened some flavors of each, leaving the floral notes in the foreground.

These are not the best Jazzes I have ever had, so perhaps that apple was under a handicap today. Based only on these samples, though, I have to hand this bout to Koru.