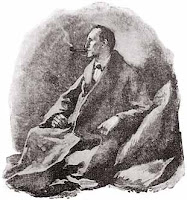 There's Lee Calhoun, who chased the old apples and their stories across the south.

He rescued 400 varieties from near extinction though the primal wizardry of jamming a stick from the old tree into the rooted trunk or branch of a younger one and making them live on as one. Magic.

Tom Burford plowed similar turf, while John Bunker did (and does) much the same in Maine. No American state has a finer apple heritage.

The same game is afoot for David Benscoter in the Pacific Northwest. He is currently on the case on behalf of the University of Washington, tracking down old apples in the Palouse

My guess is that finding the apples, on an old farm or by the side of a road or at the end of a rumor or story, is the easy part of this art. These men (have any women done this?) shoulder the more difficult burden, the identification of the fruits, the uncovering of their stories.

They must knock on doors, pour though newspaper archives and deed registries, gaze at old drawings and paintings of apples, following leads, tracking the apples stories before they are lost once and for all.

Because how wrenching to save an apple but lose all memory of what they were called and who grew and ate them?

Calhoun and Burford have both written books about apples. Bunker started a tree business that is now part of Fedco and is is a driving force behind the Maine Heritage Orchard.

Benscoter is a former federal investigator: who better to have on the case? The truth is out there, and these guys are saving it for all of us.

Update: North Carolina's Tom Brown has similarly rescued a thousand old apples. Brown documents his work at applesearch.org, and sells a select subset as trees. Thanks to my learned readers for correcting what would be an inexcusable omission.

And lest we forget the patron saint of apple sleuths:

"Apples?" he said, with noticeable indifference. "In August? What are they, Watson? Come, tell all."

The Adventure of the Scarlet Blush
Posted by Adam at July 15, 2017