In this space, I recently published some misinformation about some research into the breeding ancestry of the Honeycrisp apple.

I regret the error. Here is the real story.

The finding was presented at the January 5 meeting of the Minnesota Apple Grower's Association.

At the meeting, Jim Luby, of the Department of Horticulture Science at the University of Minnesota, explained that Duchess of Oldenberg and Golden Delicious are grandparents of the famous Honeycrisp apple, based on recent genetic analysis. 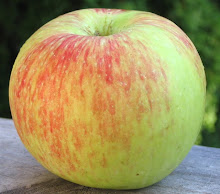 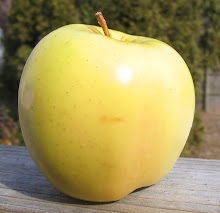 Honeycrisp's bloodlines have long been a bit of a mystery.

But in 2005, a genetic analysis concluded that the popular apple's parents were Keepsake and an unknown variety, likely a test apple that had been discarded as unsuitable. The same work ruled out both Macoun and Honeygold.

Luby, according to a grower who was present on January 5, identified Duchess and Golden D as the parents of the unknown test apple. So the ancestry for Honeycrisp can be expressed as follows:


Keepsake is a Frostbite x Northern Spy cross, according to Luby, though many other authorities give Malinda in place of Keepsake.

Luby is a Honeycrisp authority: his name is on the 1975 plant patent (with David Bedford) and also on the 2005 paper, (with Bedford and also Paul McCabe, Andrew Baumgarten, and Kyle Onan).

The authors of the paper note, "Despite anecdotal evidence, and even breeding records, the origin of many important plant cultivars remains unknown or uncertain."

Slowly but surely, DNA analysis is filling in those blanks. 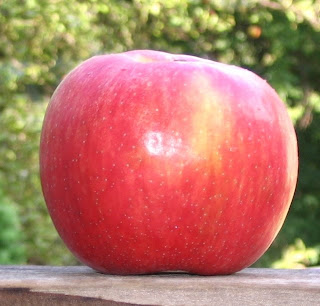