The evolution of the apple

Apples are from Kazakhstan. But how did they get from there to circle the globe? 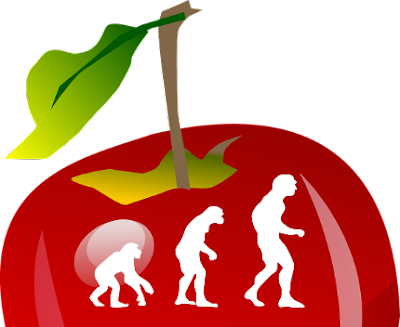 How did they evolve from the wild, and in response to what evolutionary imperatives?

One part of the story: the Silk Road. Another: horses.

The Max Planck Institute for the Science of Human History recently summarized research into large fruits by Robert Spengler. (Spengler's original work was published in the May issue of Frontiers of Plant Science.)

The Silk Road hypothesis is not new: that trade routes brought the original wild apples (Malus sieversii) together with three other subspecies to create the modern version of the fruit.

Before the Silk Road

But even before that transportation and hybridization, the wild apples of the Tien Shen mountains were large and red. Why?

Many other fruits (such as rose hips, berries, and cherries) evolved small, to be swallowed and spread by birds. However, the Plank Institute notes, some fruits

The evidence suggests that large fruits are an evolutionary adaptation to attract large animals that can eat the fruits and spread the seeds.


Spengler's work, based on genetic data and recent archaeological finds of ancient preserved apple seeds, challenges the dominant model of gradual domestication that is based on grains and grasses.

Works Cited
Spengler, Robert. 2019. "Origins of the Apple: The Role of Megafaunal Mutualism in the Domestication of Malus and Rosaceous Trees" Front. Plant Sci., 27 May 2019.

Max Planck Institute for the Science of Human History. 2019. "Exploring the Origins of the Apple" press release, May 27, 2019.